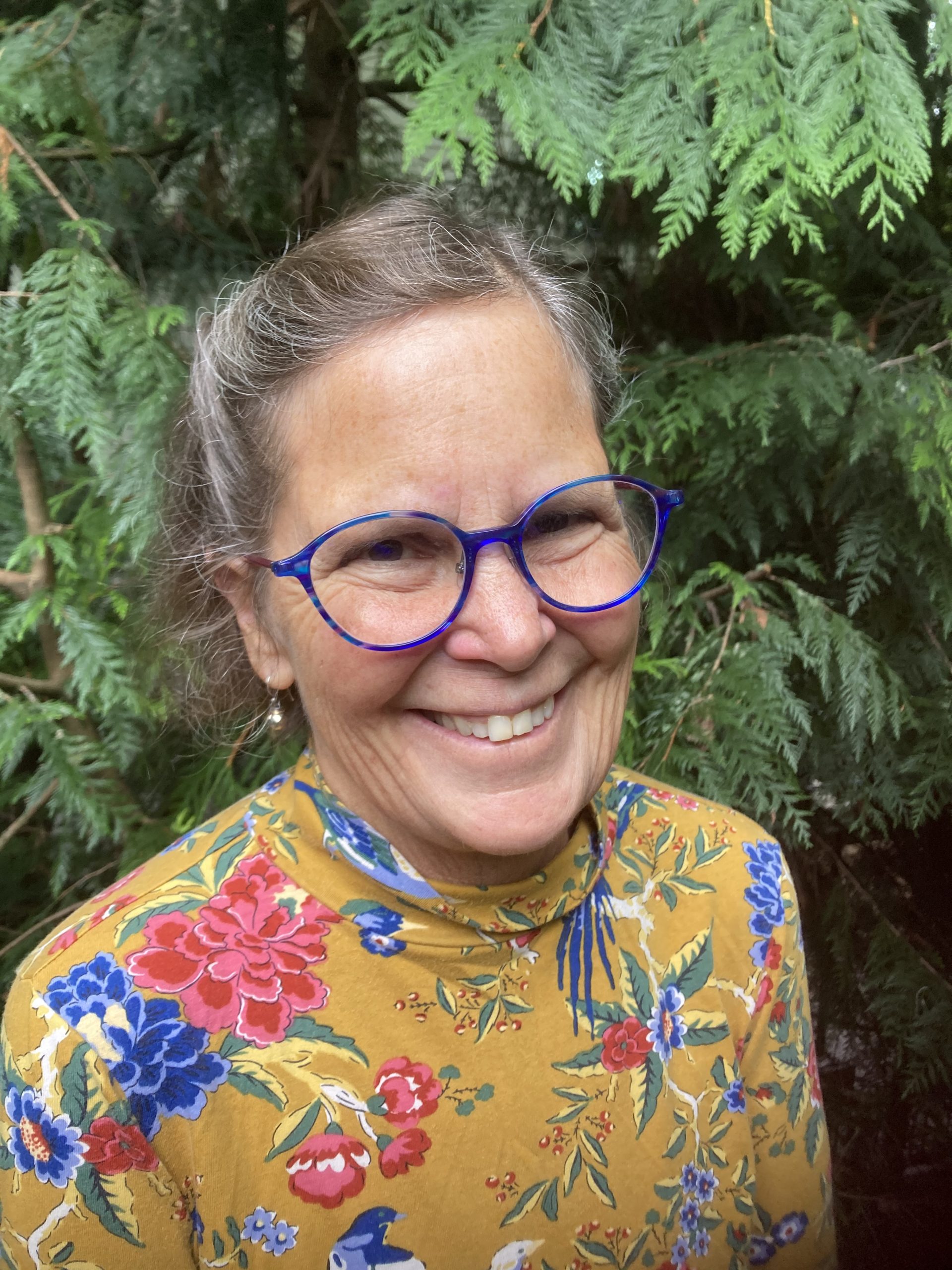 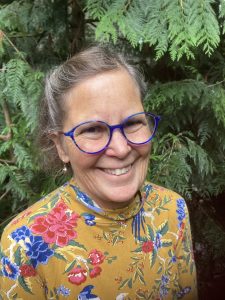 Seattle poet and teaching artist Laura Gamache has published in journals and anthologies, including Rattle, Altered Syntax, So, Dear Writer, and WA129, as well as her chapbooks, Never Enough and Nothing to Hold Onto. She has been privileged to work in Puget Sound area classrooms as a WITS writer since 1997. 56 Days of August Co-Editor Ina Roy caught up with her last week for a postcard fest interview. Laura says:

I love being part of the poetry fest! The dailiness of making poems through August, and, increasingly, making the postcards as well, has been healing as well as creatively satisfying. Also, having postcards, real physical cards with actual ink on them from genuine humans arrive in my mailbox has gotten me through the last two summers in better emotional and mental health than would have been possible without the fest. In 2019, I lost a close friend the end of April, and my beloved mother-in-law in early August. Making cards helped me grieve and celebrate them. The last two years I’ve experimented more with lines and titles inspired by work by the poet I’m reading – sometimes from an earlier year. I got to do a recipe exchange beyond the original cards with one of the poets this year. I compose the poem on the postcard, and since I’ve already made the art on the other side, I don’t even imagine the option of ripping it up – this is pretty scary and exhilarating. I’m hooked.

It does not feel like fall in Seattle where it has rained .5 inches in the last 120 days. Needless to say the air...

END_OF_DOCUMENT_TOKEN_TO_BE_REPLACED 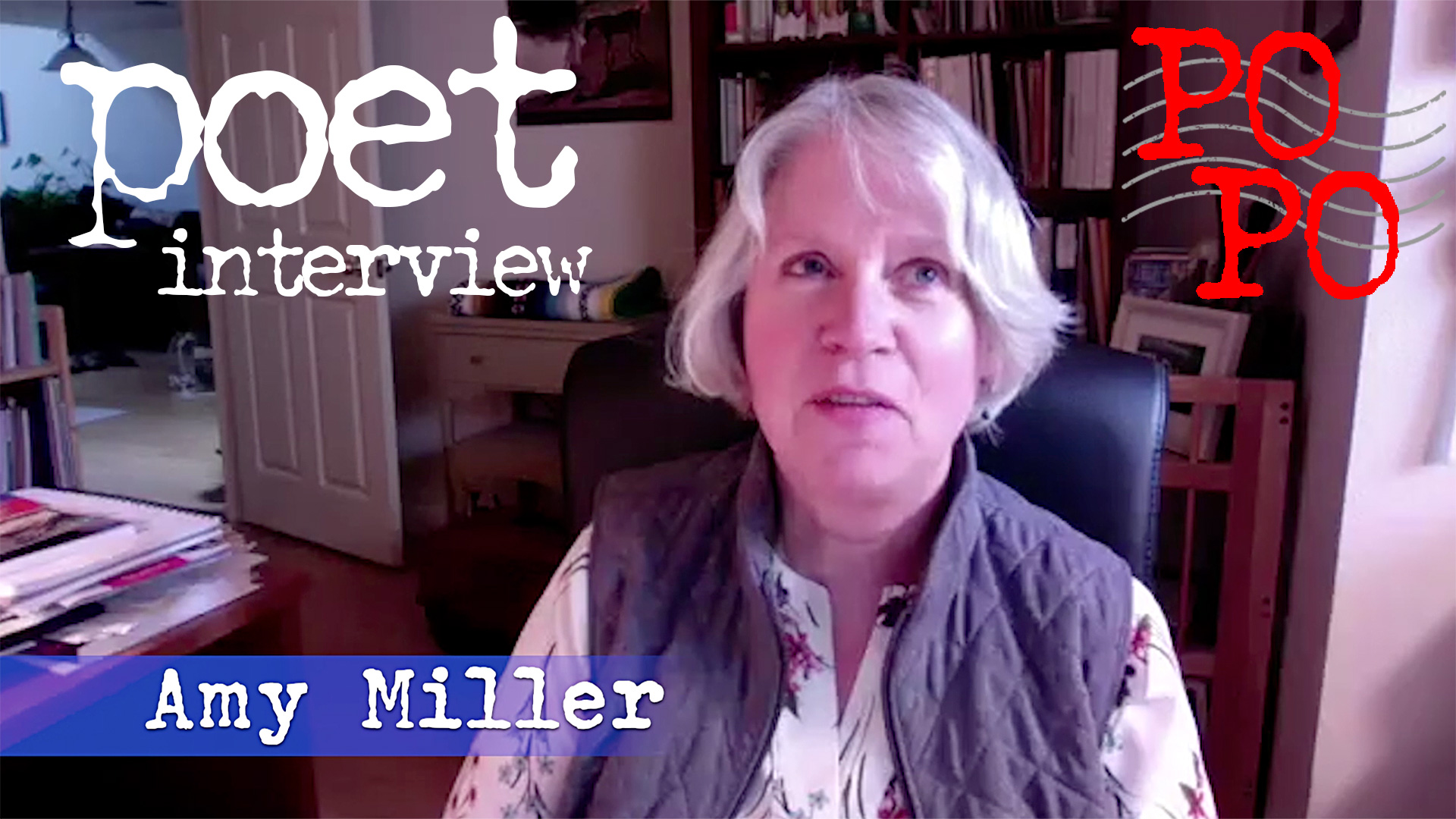 Turing 60's a bitch, but it's better than the alternative. Check out longtime postcard fest participant Amy Miller's...

END_OF_DOCUMENT_TOKEN_TO_BE_REPLACED 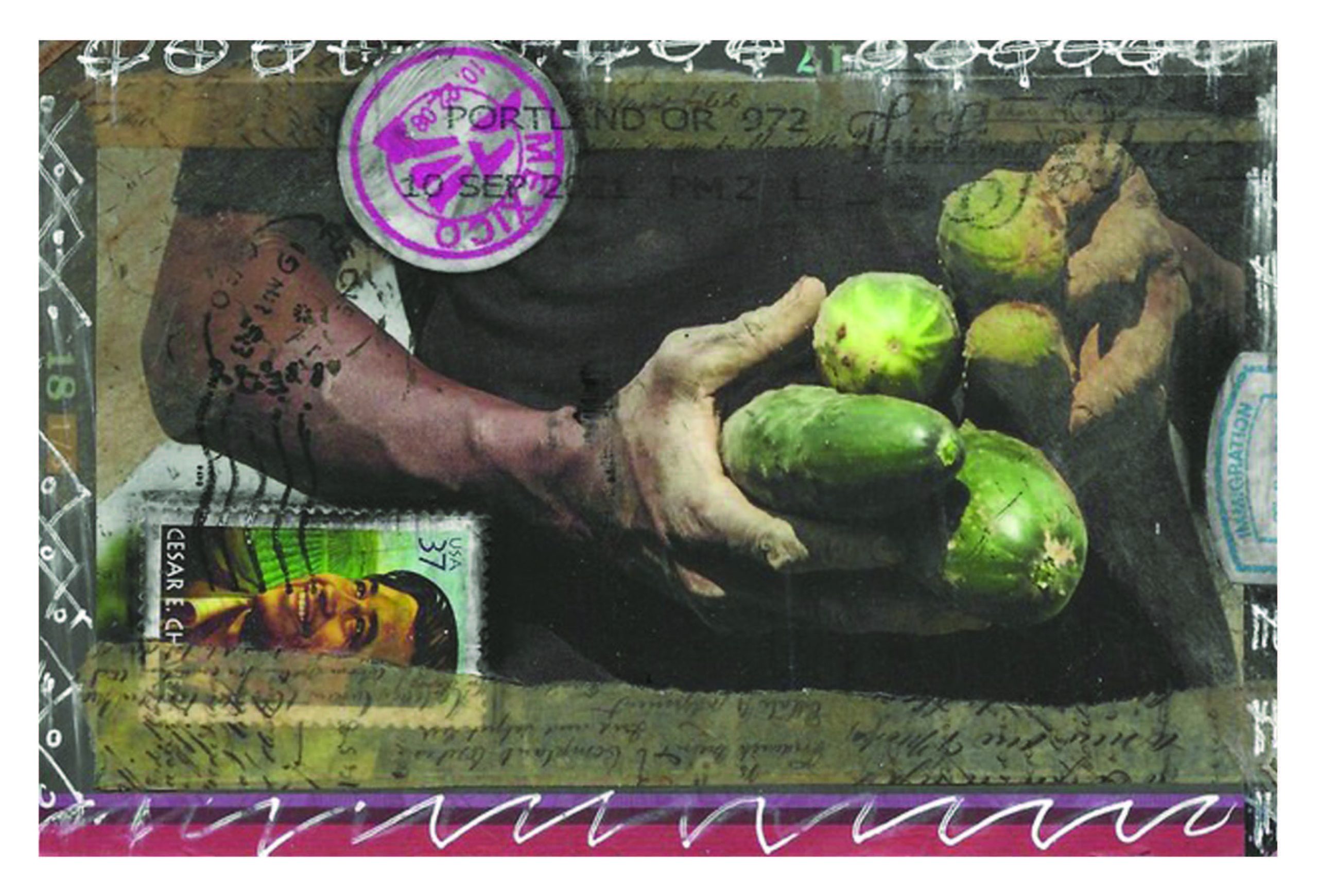