496. The Occasional Chicharrón has more Congress and Puebla reflections, another reference to Vargas Lugo’s butterfly nation flags and the impending USAmerican football season, the advent of which signals the end of summer in many different ways. The intense violence of the game is a contest to the pastoral nature of baseball, which has no clock and is a summer game. George Carlin’s bit on the difference between the two sports comes to mind, but that the U.S. is addicted to violence in every manifestation is a living example of Diane di Prima’s prophetic line, “the only war that matters is the war against the imagination. All other wars are subsumed in it.”

END_OF_DOCUMENT_TOKEN_TO_BE_REPLACED 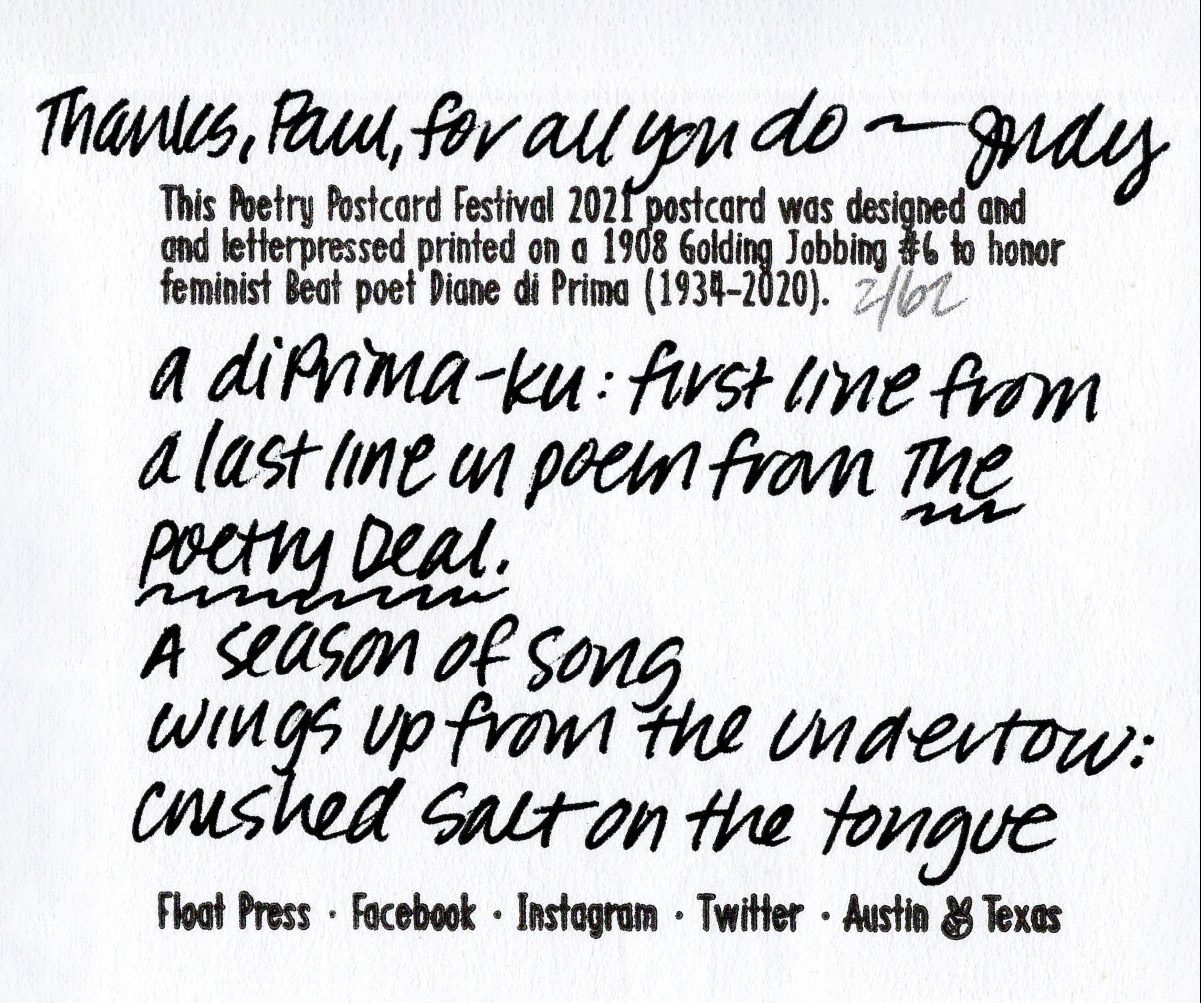